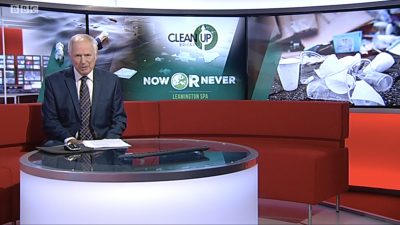 A few months ago we launched a ground-breaking behavioural change project in Leamington Spa .

During the campaign we want to learn about how to really change littering behaviour. At the same time we’re working on other related issues such as single-use plastic, disposable coffee cups and local businesses impact on the environment.

We’re testing out different ways to encourage people to do the right thing.

We started out with the launch of our shocking ‘Litter Kills’ campaign which highlights the upsetting impact of litter on wildlife and pets. We then cleaned thousands of bits of chewing gum off the high street. Following that we kicked off educational sessions (at both primary and secondary schools). Most recently we launched our Street Activist project pilot.

The Street Activist project answers the question ‘what can I do’ and aims to bring together individuals and groups who want to be part of positive change. The idea is to inspire and enable anyone who wants to do something about litter and the environment. We’ve built the Street Activist ‘Hub’ to help out with ideas, resources and details of local groups and events.

We’ve also joined forces with Plastic Free Leamington & Warwick and awarded our brand new Green Business Recognition to 25 town centre businesses. These cafes and restaurants have committed to managing litter outside their premises and are working hard to reduce their use of throwaway plastics and improve recycling. We’re working hard to bring more on board.

Leamington is a fascinating and surprisingly diverse town, bang in the middle of the country:

It’s going to take time, but we’re on the road to understanding what works – and what doesn’t – when it comes to addressing litter and waste in a single community. We’ll be there over a sustained period so we’ll really get under the skin of the issues.

To find out more about the project, take a look at the website at www.itsnowornever.org.uk.