The following statement – apart from being delusional and untrue – would not have been out of place if issued by the Politburo in the former Soviet Union!

“The cleanliness of the city’s roads has been acknowledged by central government, following an independent assessment of roadside litter levels in areas maintained by local authorities and Highways England.  The assessment was carried out by UK-based environmental charity, Keep Britain Tidy, on behalf of DEFRA, whose analysis congratulated Sheffield City Council for maintaining a consistently high standard of roadside cleanliness.

Are they being serious?

Anyone who lives in or near Sheffield knows that the city suffers from a severe litter problem.  It’s also true to say that Sheffield City Council has no discernible litter strategy, and that if it wasn’t for the tireless and community-spirited work of Sheffield Litter Pickers and other local volunteers, the city would resemble downtown Dhaka.

The city is covered in litter – as indeed is the whole country.  Consider the words of local Sheffield MP, Clive Betts:

“I’m ashamed, angry and embarrassed – our country is a filthy, littered, disgrace”

This aforementioned ‘assessment’ was carried out by Keep Britain Tidy – an organisation well past its expiry date – that has been the recipient of £100m+ of taxpayers money from DEFRA (Dept for Environment) and who many people know as ‘DEFRA’s litter lackeys”.

As Jeremy Paxman, Clean Up Britain’s Patron, says… “Keep Britain Tidy are even more useless than DEFRA” – and that’s saying something!

Given the vast volumes of litter in and around Sheffield which is collected by volunteer litter pickers every week, forgive local people if they find this so-called ‘independent assessment’ little more than deceitful state sponsored propaganda.

And just so people know, Sheffield Litter Pickers go out a few times every week, and collect between 40-60 bags of litter from Sheffield streets in only a few hours.

If anyone is keeping the city clean – and deserves an accolade – it could be argued it’s them.

Sheffield City Council need, in the first instance, to do three things….

Firstly, implement a highly professional anti-litter behavioural change campaign.  Not the half-baked and ineffectual version that DEFRA has cooked-up behind closed doors with Keep Britain Tidy.

Secondly, ensure that active and high visibility litter enforcement and fining takes place in Sheffield.  As behavioural change experts, we know that the perceived fear of being fined is a powerful deterrent to litterers.  Ideally, this needs to be done by a private sector company, as in-house Council enforcement fails in most places.

Thirdly, provide funding and genuine support to fantastic local groups such as Sheffield Litter Pickers and Love Our Streets.

Failing this, they should have the courage and honesty to say to the people of Sheffield that they have given up on the fight against litter, and are merely interested in engaging in the sort of misleading pretence perpetrated by Keep Britain Tidy and DEFRA.

PS. The below four photos are more representative of what Sheffield actually looks like, and were all taken by local people. 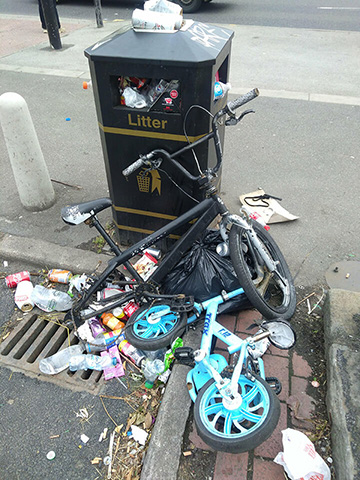 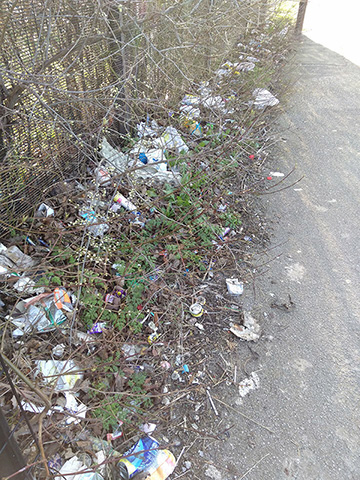 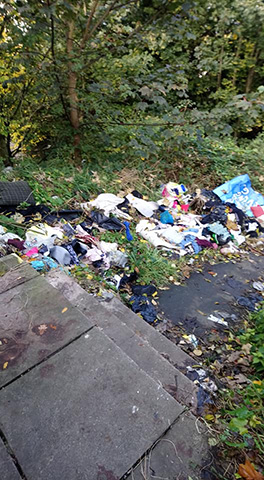 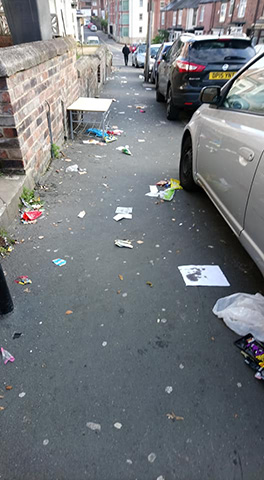