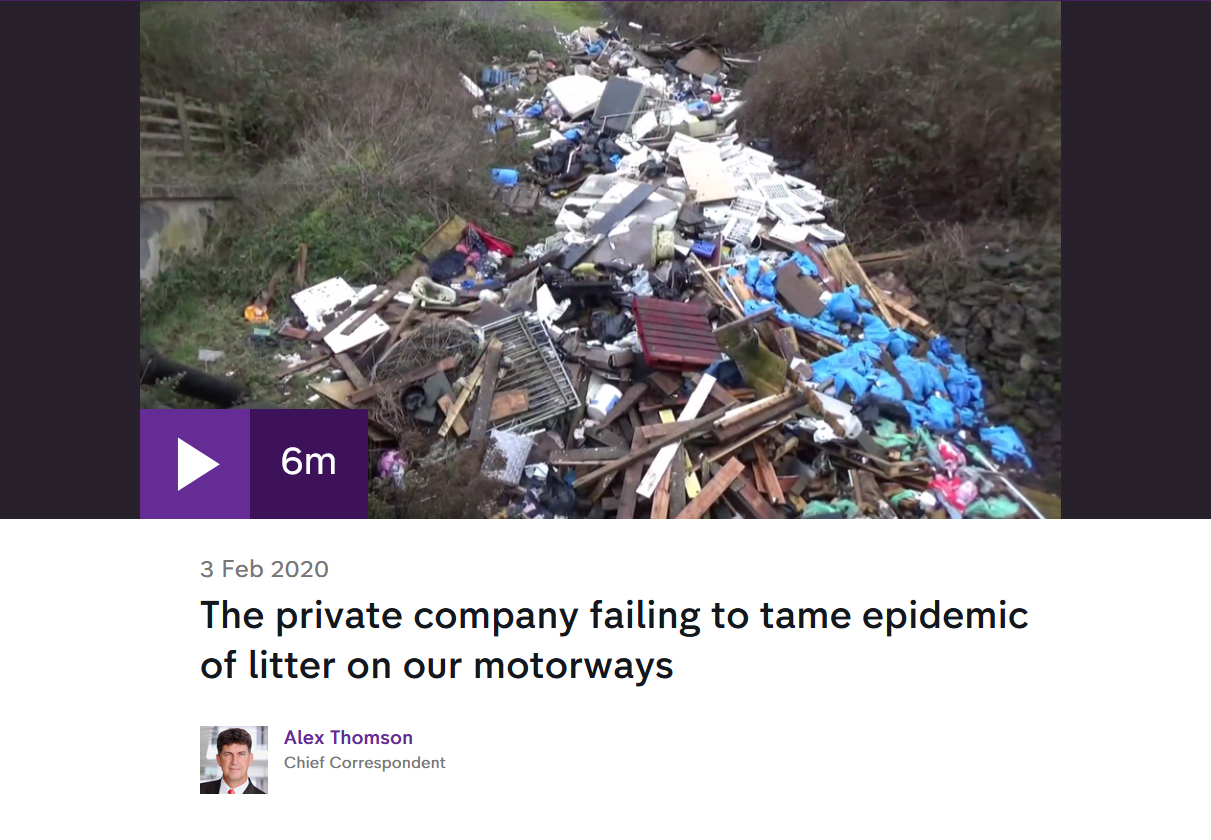 Clean Up Britain (with excellent research contributed by Peter Silverman of Clean Highways) have collaborated with Channel 4 News to bring this Special Report. Investigation into Highways England has revealed a private contract, £8 Billion of public money and a very littered M25…

Channel 4 News’ Chief Correspondent, Alex Thomson writes : “Instead of pristine stretches of road, Britain’s motorways are being treated as a rubbish dump with verges covered in piles of discarded trash.

Under the 1990 Environmental Protection Act, Highways England are supposed to make sure major roads are kept litter free. So why isn’t Connect Plus, the private firm which has the contract to keep motorways like the M25 spick and span, doing just that?”