Home > What we’re working on now – Our Top 3 Campaigns 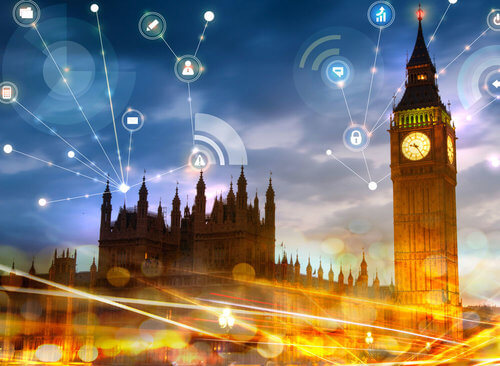 At Clean Up Britain, we’re no average litter campaigners.  We’re only interested in finding sustainable and effective solutions.  In common with most people, we want to see meaningful action that will really start addressing the many deep-rooted issues surrounding litter in this country.

Read on to learn about three significant initiatives we’re working on in 2020.

lobbying campaign to insert a crucial Amendment into the Environment Bill

The new Environment Bill is currently proceeding through Parliament. According to DEFRA*, the Environment Bill will help deliver the government’s commitment to the “most ambitious environmental programme of any country on earth”.

The problem lies in their artificially contrived definition of the ‘natural environment’ – which would exclude roads, pavements, lay-bys and slip-roads.  This means that the new Office of Environmental Responsibility (OER) – which is established in the Bill – won’t have the powers to assess whether local Councils all over the country (and Highways England) are fulfilling their legal responsibilities to ensure they keep their land clear of litter.

Currently, every Council in Britain is failing in its legal duties relating to litter clearance and, as the Bill is currently drafted, the OER will not be empowered to hold them accountable.  A deliberate and critical omission by the government.

Our team are actively lobbying members of the House of Commons Standing Committee who are scrutinising the Bill.  It’s essential that we get the Bill amended.  If it’s not, there will be no statutory body who has the remit and power to monitor Council efforts to clean up their local area, and punish them if they fail to do so.

McDonald’s have over 1200 restaurants in the UK, many of them drive-thru takeaways.

Huge numbers of their customers litter their fast-food packaging – the evidence is strewn all over the country, even reaching rural lanes miles away from where it was bought.  Yet McDonald’s do next to nothing to educate their customers on the impact of litter.

McDonald’s have applied for permission to build a drive-thru restaurant, close to Junction 15 of the M40 motorway, on the outskirts of Warwick in the West Midlands.  This is our opportunity to set a new precedent on planning conditions attached to this type of development.

Clean Up Britain is running a sustained media and political lobbying campaign, putting pressure on Warwick District Council to impose three additional planning conditions that must be met by McDonald’s before they are granted permission to build.

These conditions relate to anti-litter messaging in and around the restaurant and drive-thru and, innovatively, the installation of an Automatic Number Plate Recognition (ANPR) system to link a customer’s food and drink packaging to their car registration number plate – which would be printed on their takeaway packaging and receipt.

You can read more about the campaign here.  Success would set a very important national precedent, and enable us to extend our campaigning for fast-food restaurants to take more responsibility for the damaging environmental impacts of their business.

We strongly believe that to effectively change littering behaviours, it’s essential that people perceive that there’s a credible threat of being fined for dropping litter.

At present, that perception hardly exists.  Many people don’t know that dropping litter is a criminal offence. If they do, they believe there’s no danger of being fined. They’re right.  Many Councils don’t enforce the law against littering.

Among the Councils who do fine, the vast majority use their own staff. Most fail to do the job effectively.  Not only is it difficult to catch someone in the act of dropping litter, it’s a confrontational and stressful job, which Council employees avoid doing in favour of other less onerous duties.

We’re conducting an audit of every Council in Britain to establish whether they undertake litter enforcement and, if so, exactly how many fines they issue.

The aim is also to show that private sector litter enforcement contractors are more effective than their Council counterparts, and offer better value for money.  We’re confident we will also prove that Councils who enforce the law have cleaner, less littered, areas.

Once we’ve completed this audit, we’re planning to run a national campaign to significantly increase the number of Councils enforcing the law on litter, and also urge them to employ ethical private sector enforcement companies.

How can you help?

*DEFRA is the Department of Environment, Food & Rural Affairs.